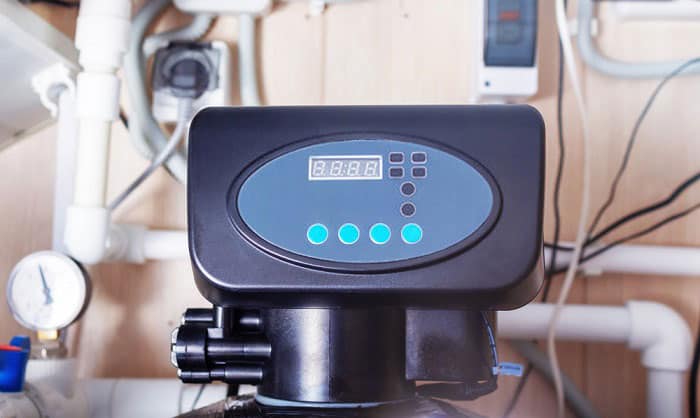 Water softeners are an intelligent remedy for hard water; They attract and remove calcium and magnesium, which make up the majority of hardness in water, making them a great household companion. Just like any water treatment system, water softeners also require regular maintenance.

Asking yourself, “How often should my water softener regenerate?” is necessary.

The consensus of hydro-homes in the online community is that you need to regenerate water softener every two to three days; But the regeneration demand still depends on a variety of factors, so stick around and let me discuss it with you further in this article.

What is Water Softener Regeneration? 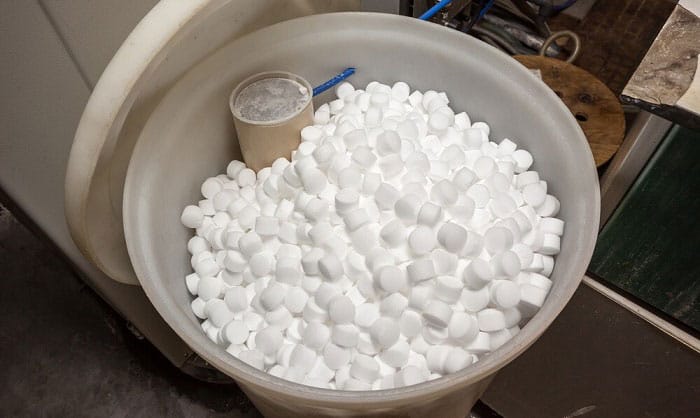 Regenerating water softener system means that the incoming hard water from your pipelines is drained through the softener tank. The tiny resin beads swap hardness ions with sodium ions during regeneration, converting them into clear water.

The water softener regeneration cycle time is usually 2 hours in the middle of the night.

To start the regeneration process, a backwash cycle is needed. The feed water travels upward through the bottom of the resin tank at an accelerated flow rate, which effectively expels the accumulation of suspended solids in the resin bed. The process usually takes 10 to 20 minutes, depending on how dirty the water is. By night, A 50 % increase of bed depth is renewed.

The next stage is the Brine draw. A brine solution (salt and water) is drawn into the control valve with the ejector and injected into the top of the resin bed. The sodium ion (NaCl) of the salt will then replace scale-forming mineral ions collected from it.

It takes about 10-15 minutes to flood the resins with brine water. Following the brine draw is the Slow rinse. The freshwater will continue to pass through the resin beads until the ion exchange process is complete. After that, the rest of the brine water will be pushed from the resin tank to the drain line.

A Fast rinse takes place to wash away the sodium residues. It can last 20 to 50 minutes; At this point, all of the excess turbidity and hardness are discharged from the resins. 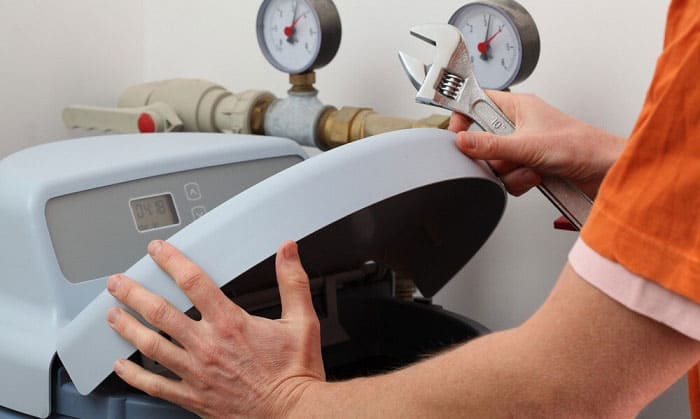 Top-rated softeners may regenerate daily on their peak performance. The truth is several factors can influence how often you regenerate your water softener system :

There’s nothing worse than having a hard water supply. Although it is medically attested that hard water doesn’t pose adverse health effects, hard water requires optimum performance from your water softener.

If your untreated water supply contains high concentrations of calcium and magnesium, the microscopic resin beads trap more sediments, which will require regular replenishment to ensure that they can still hold more hardness.

Your water hardness level should not exceed 7-10 grains per gallon because any higher range indicates that you have water with extreme hardness, and you need to regenerate your water softener system multiple times a week.

The harder the water, the more sodium is required to replace dense minerals during the ion exchange process. How much salt your softener will consume depends on water hardness level and water usage.

An average household can use up to 300 gallons of water daily. If you have a large number of people at home, salt and water usage increases. Also, there is a high likelihood of exhausting the softening resins faster than they are supposed to last. Salt and water usage will help you determine the frequency of regeneration.

How much water does a water softener regenerate? Typically, most water softeners are set to regenerate every 20-25 gallons of water. It is essential to properly size a tank to ensure that the optimum resin-water contact takes place.

The larger the softener tank, the more capacity it has to store more resin beads that can hold a large number of sodium ions. Therefore, the more salt, the more dissolved minerals can be removed from the system.

Additionally, the resins will take longer to saturate. However, an oversized softener may not function efficiently. It will eventually decrease the water quality, especially if it only needs to regenerate once or twice every month.

Then, how should your water softener regenerate in such a situation? Observe your water usage and test your water quality.

Iron is one of the major minerals (calcium and magnesium) that cause “hardness” in water. It gives a metallic taste to water, but water softening technologies these days can now eliminate it from your drinking water.

Although present in our drinking water, we rarely find concentrations greater than 10 mg/liter.

Normally, iron levels in water are less than 0.3 mg/liter, but they may be higher than in some countries. Even so, this range can already turn water into a reddish-brown color. Hence, we need to regenerate water softeners regularly to maximize their capacity.

This is a type of control valve used in households because it has automatic timer settings. You can pre set the time and wait for your softener system to regenerate on its own. The default setting is usually around 2 am. Typically, a water softener regenerates in the middle of the night when there’s zero demand for water.

Most homeowners will set the system to regenerate after several days at a time with low water usage. Generally, manufacturers don’t recommend using water softeners for more than a week without a regeneration process.

A demand-initiated or metered regeneration indicates that you will only regenerate the water softener unit when the softening capacity of the resin beads is exhausted.

In short, it works on a need-basis system. The non-electric control valve will monitor the amount of water used. The metered valve will begin the regeneration process when the resins become jam-packed with hard minerals.

You can also control how much salt is used when you customize your softener’s salt settings according to your desired quantity.

Unfortunately, this part of demand regeneration should be done by a professional plumber to avoid erroneous adjustments.

“How Often Should My Water Softener Regenerate?”, just stick to the softening process you discovered here. Always check on your water softener’s valve menu how often you need regeneration. The number of days always depends on the many factors we’ve discussed earlier.

Do you have any questions or topic suggestions? Please don’t hesitate to interact with me in the comment section!