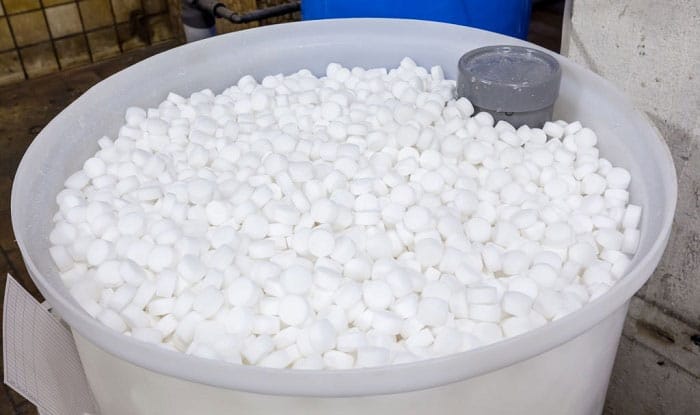 Salt-based water softeners are a relatively low-maintenance water treatment system that is vital for our everyday soft water needs. A water softener salt replacement is a straightforward job! You don’t need to worry about the in-depth “how-tos” you often see in online tutorials.

All you have to do is lift the lid of the brine tank and refill it with enough salt. But how often do you add salt to a water softener? Most homeowners top up the softener salt twice a month, but water softener refill frequency depends on various factors. Scroll down to find out!

Factors Affecting How Often You Add Salt to Your Water Softener 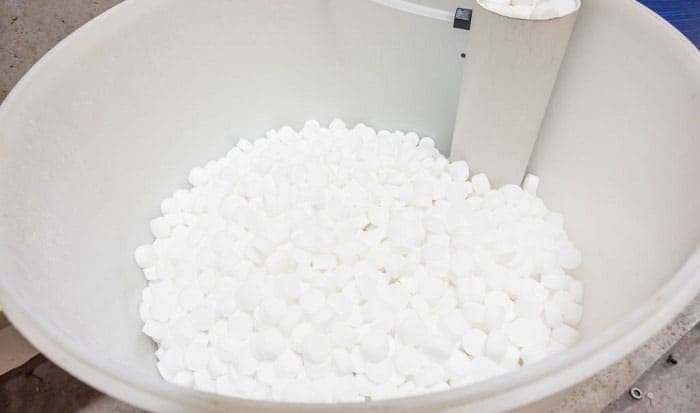 The confusing part of adding salt to a water softener is not knowing to what extent you should keep doing so. It is common for water softener owners to miscalculate how much salt they should add on their first-time use.

Improper adjustment of the salt dose in your water softener leads to excessive salt usage. In some cases, leaving your unit without salt for a long period isn’t good either. Below are a few factors that will help you determine when to refill water softener for a successful water softening process :

Depending on where you live, your hard water supply will contain relatively high levels of dissolved minerals. Let’s say you have 5-10 grains per gallon of hardness in your water, then you would need to add salt ranging from about 9-18 milligrams of sodium per cup (8 oz) of water.

Moreover, your water softener will add about 38 milligrams of sodium per 8 oz of drinking water per 20 grains of water hardness (hardest water reported in the US). Take note that with the higher hardness levels, more sodium is needed to ensure that the softening resins are in good shape to perform impeccably.

If you have extremely hard water, chances are the resins are filled with high levels of hardness minerals. Hence, you need to add more salt frequently to the brine tank to refresh them and prevent early exhaustion.

The brine tank would have salt and water to make an adequate amount of brine solution. In this case, its size is substantial as it will determine how often you replace salt inside a water softening system.

The larger the brine tank, the more capacity it has to hold more salt. A 9-inch water softener tank is the industry standard size. Therefore, if you have a bigger unit than this, you can expect that the salt level capacity will increase. But it doesn’t necessarily mean that you have to refill it often.

Some water softener systems incorporate a built-in brine tank, and systems of this kind are smaller but demand more frequent salt replenishment.

The different sizes and types of brine tanks have differing capacities to hold salt and water. Hence, always consider the tank size when deciding when to add salt to water softener.

How does your family use water daily? How many members are there in your family? These two questions are correlated variables when identifying how much salt to add to a water softener.

A larger family will use more water compared to an average family, which means that regeneration will occur more frequently. Hence, you need to add more salt to your brine tank.

The average water usage of an American is usually 100 to 175 gallons of water every day. As reported by U.S. Environmental Protection Agency (EPA), a full bathtub will require approximately 70 gallons of water, while a quick shower (5 minutes) will only use 10-25 gallons. Baths are arguably the biggest water usage in households.

Levels of water use also vary on different occasions, and I often consider this element whenever I add salt to my water softener. If you have visitors like me who come over to your place during holidays, water usage abruptly increases. Thus, the water softener needs to regenerate more often.

A water softener’s age directly contributes to how often you add salt to your water softener more than you could imagine. Older water softening models (usually older than 10-15 years) often require more salts than newer models.

If your water supply has unusually high hardness levels, an older softener system will regenerate inefficiently. In other words, replacement is necessary.

How Much Salt Does a Water Softener Need to Work Efficiently? 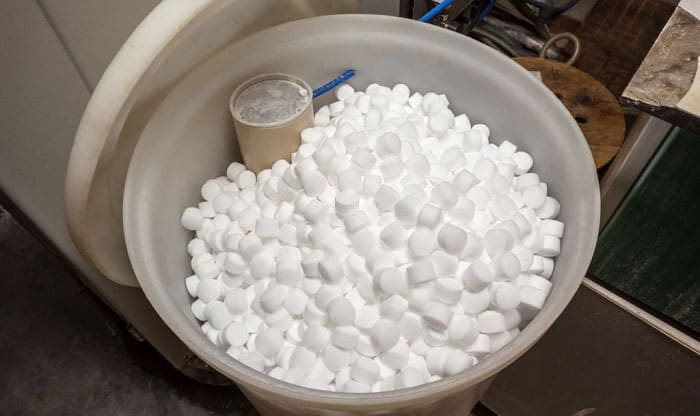 Generally, the optimal salt level range is between ⅓ to ⅔ full. A brine tank needs at least ⅓ full of salt content to create the right amount of salt in the brine that is necessary to replenish the resin bed and flush accumulated minerals and impurities.

Water softening units typically use at least 1 pound of salt per 2,400 grains of hard minerals from the softening resins. Salt levels mostly depend on your local water hardness. According to the WQA (Water Quality Association), for every grain of hardness, there will be 30 mg of sodium in a gallon of softened water.

Many water softeners follow a particular amount of salt usage per gallon hardness level. A water softener that is programmed to soften 75 gallons of water with 10 grains per gallon of hardness each day can consume 5 ounces of salt to make a concentrated salt solution.

So, how many bags of salt for water softener should you use? The ideal standard for water specialist companies is that an average family of four with 7-10 grains per gallon of hardness will most likely exhaust 9-10 pounds of salt per week or a 40-lb bag of salt per month of the regeneration cycle.

A good rule of thumb is to add more salt as it gets used up, but you need to be careful not to add water beyond the salt level. Too much water can cause a malfunction in the brine tank, damaged valves, uncontrollable brine flow, and a faulty drain line.

A simple mistake of not checking the salt level can lead to a lot of frustration, such as tank bridging and clogs, malfunction, overflowing, and the like. To avoid having these irksome problems, here are some do’s and don’ts that I also use to refill salt to my water softener properly:

Adding salt to your water softener is a straightforward process that doesn’t require you even an hour to finish. While maintaining ion exchange units is an obvious responsibility as an owner, some of us aren’t aware of how much maintenance should be done.

Hopefully, we’ve given you useful insights about “How Often Do You Add Salt To A Water Softener?” Next time, you should be able to prepare a bag of salt and handle salt-management routines that seemed to be out of hand for you before.

It also means unlimited soft water for your family! Any suggestions about today’s topic? Feel free to share them in the comment section.